Yes, it’s been five months since my last post. As it turns out writing meaningful blog posts is not as easy as I thought!

Anyway, I’ve been pretty busy, not only with life and work, but also steadily making progress on COLE-1. Here’s a recap.

One of the first things I did once the board was operational was start hacking together support for SPI, which opens up the possibility of talking to a lot of interesting hardware. The 6522 VIA can almost, but not quite, do SPI in hardware, so I ended up bit-banging it myself. The protocol is fairly simple, and is very flexible on clock rate, so this was not hard to do. Owning a logic analyzer (a Saleae Logic 4) also helped immensely.

Once the SPI was working my next task was to hook up one of those little $5 SD-to-SPI adapters that you can find just about anywhere on the net. The hardware hookup was easy; the driver software, not so much. It took me a week or so to finally get the driver to properly initialize the card and read blocks, despite having some official documentation and some sample code. Having a small bug in my SPI driver also did not help matters!

With the low-level bits of the SD card driver working (at least for reading), I have begun to build a real operating system around that. Tentatively I’m calling it JR/OS (Josh’s Retro Operating System), at least until a better name comes to mind.

The plan is to embed the OS in ROM and allow booting applications from FAT-formatted SD cards. Some day I would like to be able to load the OS from disk at boot time, but COLE-1 only has 32K of RAM and a largely empty 32K ROM, so for now JR/OS will remain in ROM.

This is where I’ve spent most of my time lately and the part I’m most excited about. For the past few months I have been designing a custom video and I/O chip using a large CPLD (complex programmable logic device). The goal is to provide VGA output, PS/2 keyboard and mouse input, and possibly hardware SPI.  It’s slated to eventually be the core of my next SBC, but first I’m going to be hooking it up to COLE-1.

Here’s the early prototype hardware. The board on the left is a Max V CPLD development board; it’s hooked up via a ribbon cable to my breadboard which contains the support circuitry to interface to the VGA monitor. 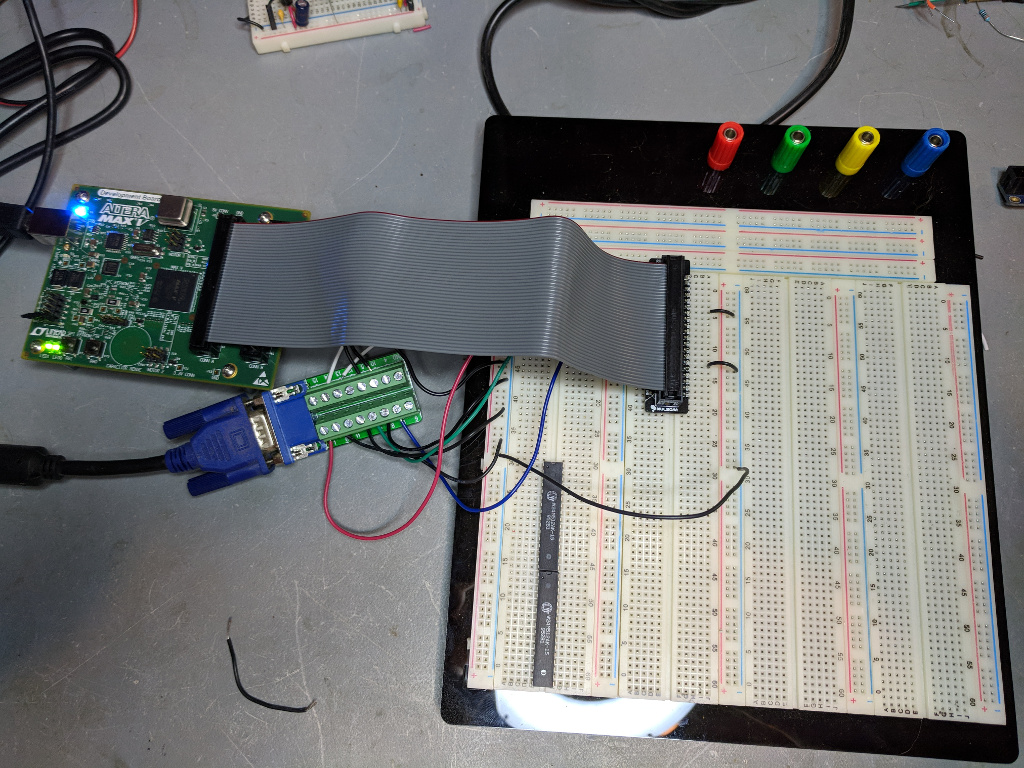 The two chips at the bottom of the breadboard are the VRAM, which is not yet connected. This board will get much more full soon.

And here’s a 16-color test pattern. The board can actually do up to 64 colors at 320×240 but this pattern was easy to generate. 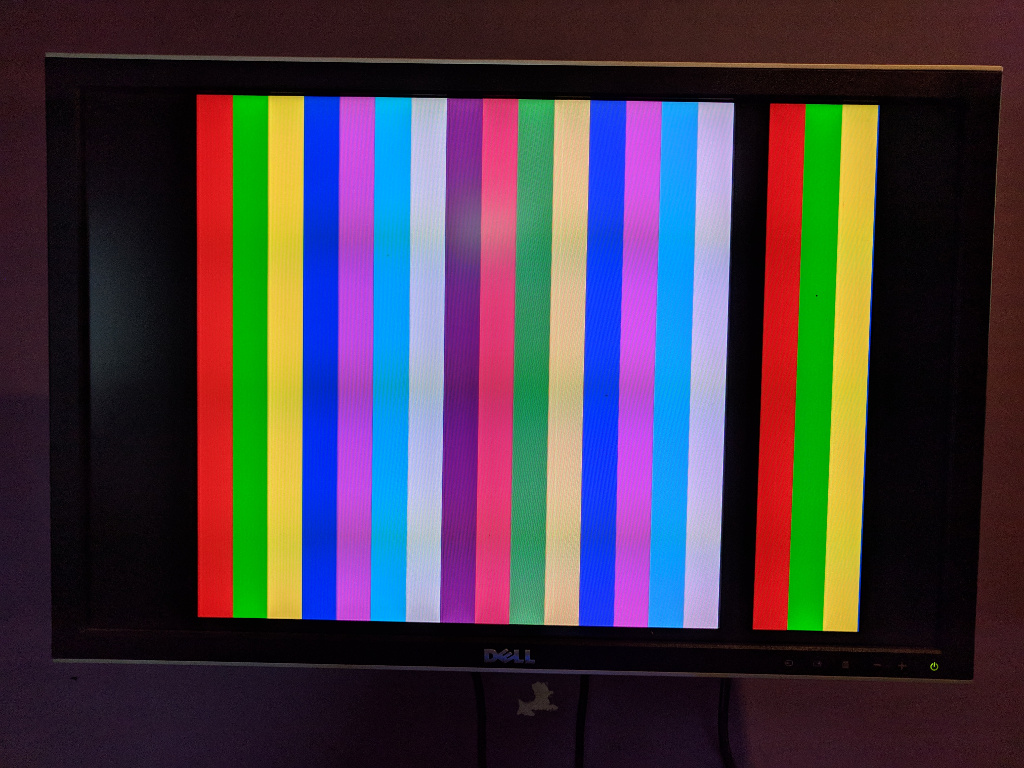 I’ll be making a separate post about this chip soon, because it’s pretty cool and it deserves a post of its own. Stay tuned!