When I was a kid experimenting with electronics my big dream was always to build my own computer. Today, after thirty years, I finally realized that dream: 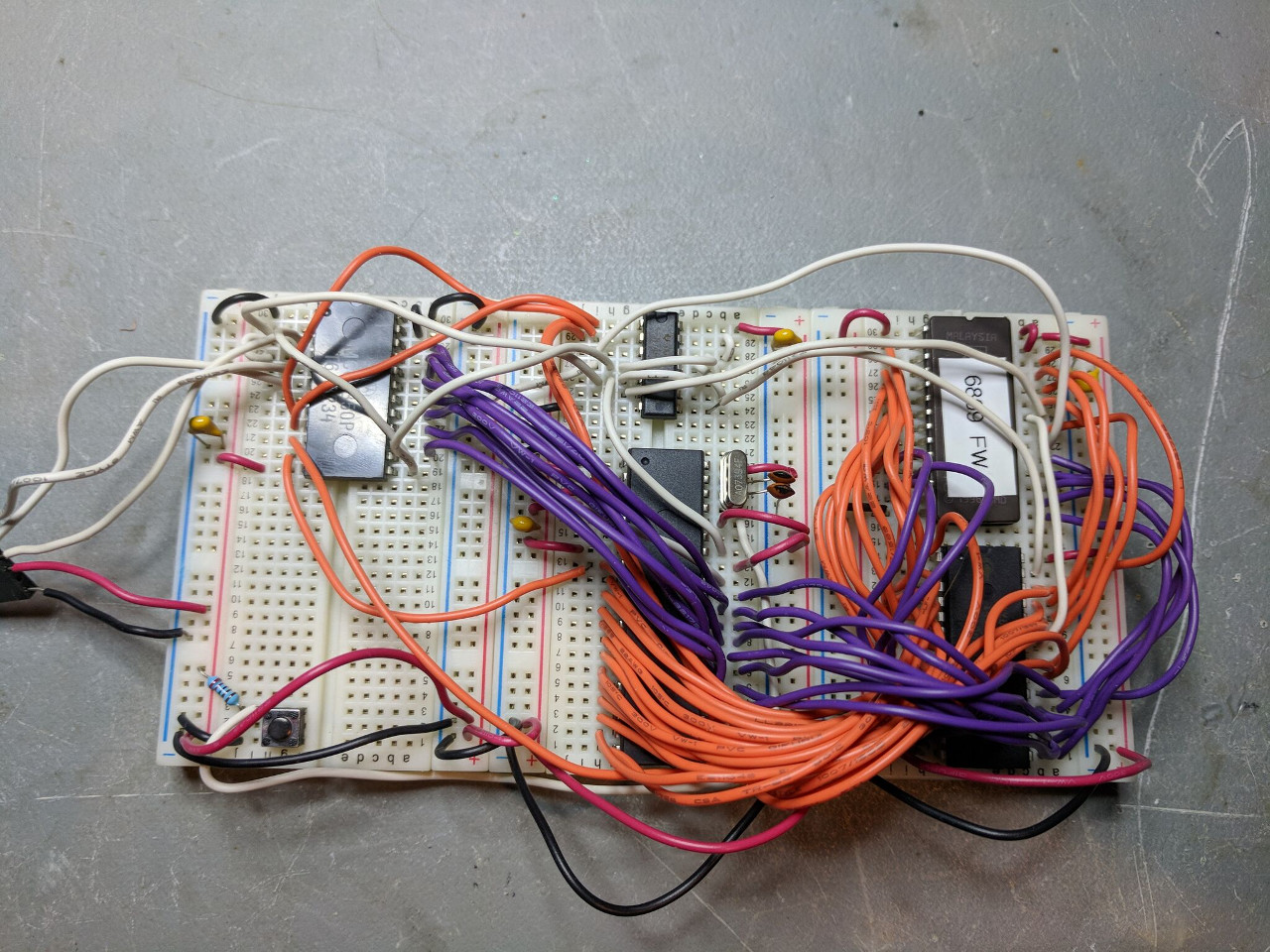 This is my breadboard implementation of Grant Searle’s 6809 SBC. His basic design is just six chips and a handful of miscellaneous components. If you use a USB to TTL serial cable like I did then you can cut that down to just five chips.

This SBC is powered by a 6809 with 32K of RAM, 16K of ROM, and a 68B50 ACIA for the serial I/O. The ROM contains a modified version of Microsoft Extended BASIC as used by the Tandy Color Computer 2. All I/O is via the serial port at 115200 bps. Here’s me running some really simple BASIC commands in Minicom: 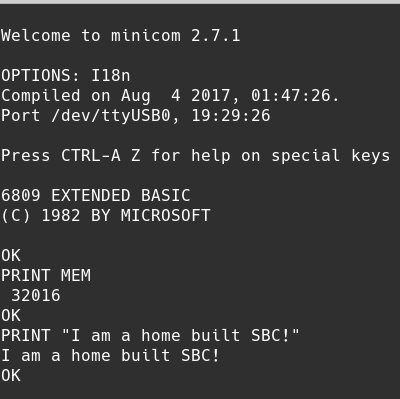 I was able put this together in an afternoon over 2-3 hours, and surprisingly, it almost worked on the first try! The only reason it didn’t work right away was because I forgot to tie a couple of MPU pins to Vcc. Once the missing wires were added it booted right up.

Grant also has designs for basically the same SBC but with a Z-80 or a 6502 as the CPU, and i plan to build all three eventually. I had actually wanted to start with the Z-80 version, but it uses an 8k ROM (a 27C64) and my burner seems to be having problems burning those; more on that later.

Now that I’ve gotten my feet wet I’m to start designing my own SBC. I’d like to build something around a 65816 but I will probably start with a 6502 or 65802 to keep the first design simple. Whatever I do I’m sure I’ll have fun building it!